The first relatively large collection of Chinese books accessioned at Columbia University Libraries came from William Barclay Parsons, a professor at the School of Mines and a University Trustee, who led a team of American specialists to conduct a railroad survey in China. The book plate reads: "Given by William Barclay Parsons. This collection of Chinese classics is a memorial of the visit of Mr. Parsons to China." Professor Parsons proposed the Department of Chinese to be established in the university library.

In 1901, President Seth Low received a simple letter: “I send you herewith a deposit check for $12,000 as a contribution to the fund for Chinese learning in your university,” signed by “Dean Lung, a Chinese person.” Dean Lung was the valet of Horace Walpole Carpentier, another University Trustee. The letter prompted Carpentier to give additional donations of a $250,000 in honor of his friend and employee and create the Dean Lung Professorship of Chinese, the first endowment for Chinese studies at Columbia. In 1902, the noted Columbia anthropologist Franz Boas made a plea to establish “a great Oriental school” that would “imbue the public with a greater respect for the achievements of Chinese civilization.” That year, following a series of influential public lectures on Chinese history and culture at Columbia by Herbert Allen Giles of Cambridge University, the Department of Chinese was created and Friedrich Hirth from University of Munich was appointed as the first Dean Lung Professor and Chair.
Also in 1902, the Manchu government of China gave Columbia a massive collection of 5,044 encyclopedic books and the Chinese Library was founded, with Friedrich Hirth concurrently appointed as the first curator. The collection included excerpts and copies of most of the Chinese historical and literary legacy, representing the finest of classical scholarship in Chinese history. The Chinese Library is the earliest of its kind in North America. In the following decades, with the support of the American Council of Learned Societies and the Rockefeller Foundation, as well as the exchange of librarians and publications with Chinese libraries--particularly the National Peking Library, which then played the role of National Library of China, managed by Columbia alumni--Columbia’s Chinese collection became a major American resource along with the collections at the Library of Congress and Harvard University. By the mid-1950s, the holdings contained important works in Manchu, Tibetan, and Mongolian languages.

The growth of the library also resulted from wide, active collaborative partnerships with domestic and international institutions. The library exchanged materials with almost all important university and government libraries and archives in Taiwan and China until the early 2000s when Columbia University Libraries discontinued the exchange department and discouraged materials exchange. But international collaboration with academic Taiwanese and Chinese institutions continues in creative ways, such as exchanging digitized materials in order for the Libraries to maximize the acquisition of and access to electronic content.

Students from Asia began to study at Columbia since the late 1800s. In the early decades of the 20th century, compared to its peer universities, Columbia attracted the largest number of Chinese students, with the Department of Chinese and the Chinese Library as contributing factors. The success of numerous theses, dissertations, and research projects depended largely on the availability of Chinese collection materials. Many Chinese students later became major figures in Chinese government, diplomacy, education, and numerous other academic disciplines. For instance, Hu Shih became a leader of the literary renaissance in Republican China. V.K. Wellington Koo was the top Chinese (later Taiwanese) diplomat for over half a century. Hu and Koo, and many other alumni as well, supported Columbia and the library in one way or another. Hu and Koo accommodated interviews for the Chinese Oral History Project of Columbia’s East Asian Institute and donated their personal papers and book collections. They also initiated fundraising by the Columbia Alumni Association of China to create a ten-year fund to annually match the library budgetary appropriations for Chinese collection development.

Over nearly twelve decades of development, the Chinese collection has become very strong in almost all subjects of humanities and social sciences. Traditionally, the four categories of old Chinese knowledge classification--namely classics, history, philosophy, and belles-lettre--were emphasized and in-depth and extensive collections were developed in line with the conventional concentrations of teaching and research. Thus, the traditional subject materials constitute the majority of the rich collection of Chinese rare books and special collections. In particular, local gazetteers, genealogies, and legal history collections, among others, represent the nation’s best. Chinese oral histories and archives at the Rare Book & Manuscript Library (RBML), Chinese missionary archives at the Burke Library at Union Theological Seminary, and Chinese textbooks at Teachers College are valuable unique and special resources.

In recent decades, however, along with the rise of China in the world and the growth of Chinese studies programs and enrollments at Columbia, the needs of Chinese studies faculty, researchers, and students have evolved to include interdisciplinary and contemporary studies. The library has responded by actively developing collections in the subjects of social sciences and cross-disciplinary studies, particularly in Chinese politics, economics, cultural, and film studies, in addition to traditional studies.

While print resources continue to grow rapidly, with the onset of the digital age and continued growth of digital contents and data, the library has actively collected electronic resources, particularly e-books, e-journals, numeric and spatial data, and comprehensive databases, since the early 2000s. The e-resources acquired have since surpassed the print holdings.

Besides print and digital collections, there are significant amounts of important microform collections and object material collections. Such materials are acquired very selectively.

Generally speaking, most of the library materials are acquired from the Greater China area (mainland China, Taiwan, Hong Kong, and Macau). The primary language of the collection is in Chinese.

Department of East Asian Languages and Cultures: Undergraduate major and minor in East Asian studies and the Chinese Language Program

Weatherhead East Asian Institute, including the Master of Arts in Regional Studies-East Asia (MARSEA) and the Modern Tibetan Studies Program

Columbia-Harvard China and the World Program

Department of Religion: Center for Buddhism and East Asian Religion

School of International and Public Affairs

School of the Arts

Center for the Study of Ethnicity and Race

Institute for Comparative Literature and Society

Heyman Center for the Humanities

Expensive books on art and finance, expensive sets of collectanea and encyclopedias are collected selectively in collaboration with partners such as Princeton University, East Asian libraries in the Ivy Plus Library Confederation, and the Metropolitan Museum of Art. School and college textbooks and books of legal cases are not collected. Pure science and engineering are not collected.

Valuable and useful independent and private publications, normally without ISNs, ranging from the lowest-level gazetteers, such as township and village gazetteers, to genealogies, to self-printed publications are selectively collected.

Electronic resources, including databases, e-books, e-journals, numeric, and spatial datasets (sometimes in collaboration with Research Data Services), are acquired. Very expensive or unique e-resources are acquired in collaboration with library partners and/or academic departments. For instance, the library exchanged Columbia’s digitized materials and microforms for access to an enormous amount of digital content from Scripta Sinica of Academia Sinica and the Taiwan and China Academic Digital Associative Library (CADAL) of the Chinese Ministry of Education. The digitization of the library’s holdings of Ling Long women’s magazine was completed and enriched with some issues only available in and supplied through a collaborative arrangement with the University of Heidelberg.

A significant amount of print holdings have been scanned to facilitate access and to increase digital content.

Translations of Western works of a general and popular nature are not collected.

Regular current and recent imprints are collected, but valuable and useful materials of any time period are considered. Rare books are seldom acquired because, normally,Chinese rare books are too expensive to afford and faculty members’ needs for rare books in market and auction have been limited.

Special collections are acquired through gift or purchase. Though there are no specific chronological limitations, those that directly meet the needs of teaching and research, are wanted by faculty members, and/or are financially supported in part by the academic department through purchase are always prioritized in acquisition.

The library materials are mainly acquired from the Greater China area (mainland China, Taiwan, Hong Kong, and Macau) and, to a much lesser extent, other East Asian and Southeast Asian countries.

Normally, current and recent imprints are collected. When items are requested by faculty and students, the date of the publications is not a factor for consideration; the library tries its best to meet the needs of faculty and students. When rare books and special collections are acquired, no specific dates are set in advance.

Chinese rare books are seldom purchased from auction because they are not affordable. The purchase of relatively expensive special collections from market or from private owners is often done in collaboration with academic departments, particularly the Department of East Asian Languages and Cultures and the Weatherhead East Asian Institute, which partially paid for the cost of a number of collections. It is helpful that several rounds of applications for the Libraries’ Primary Resource Grant were accepted and the awarded grants partially covered the costs of purchased collections. Recently-purchased special collections include Contemporary Chinese Genealogies, Cultural Revolution Propaganda Art Collection, Photo Albums of the Italian Expedition to China 1900, and the Ephemera Collection on Chinese Science, Technology, Law, and Society.

First and foremost, depending on the amount of physical space available, selection of materials for ReCAP is done according to quota instruction. Overall, the majority of the collection is stored in ReCAP.

Generally, most newly-acquired multi-volume sets, new books that are not expected to be immediately used by faculty and students, and specially-sized materials are sent directly to off-site storage. Audiovisual materials such as DVDs and microforms are processed for ReCAP according to the Libraries’ policy. Serials older than the current year and books that have not been circulated for ten years are sent to off-site storage.

The Librarian coordinates with ReCAP partners in order to reduce duplication of multi-volume sets and journals stored in that facility.

When titles of either the regular collections or the rare book collections are lost or no longer serviceable, the title is deaccessioned. Some seemingly duplicate titles have been withdrawn and deaccessioned by colleagues.

Only a relatively small number of rare books and special collections have been digitized. The digitization orders requested by users and the participation in Google Books resulted in the scanning of a number of multi-volume rare books. Digitized files are often hosted by and made accessible through Internet Archive, as in the case of Ling Long women’s magazine and other user-requested scanned images of rare books.

The library has collaborated with Chinese publishers so that publishers pay Columbia for the scanning and digitization of rare books or special collections, following which the publishers then have the rights to market the digitized content in book format. For instance, the library worked with Shanghai Bookstore Press to digitize one set of bound ephemera from the Evans Carlson Collection on War China (1937--1945).

A relatively small but significant amount of conservation work is also noteworthy. Included are Chinese paintings, rubbings, and Taoism canon and others. 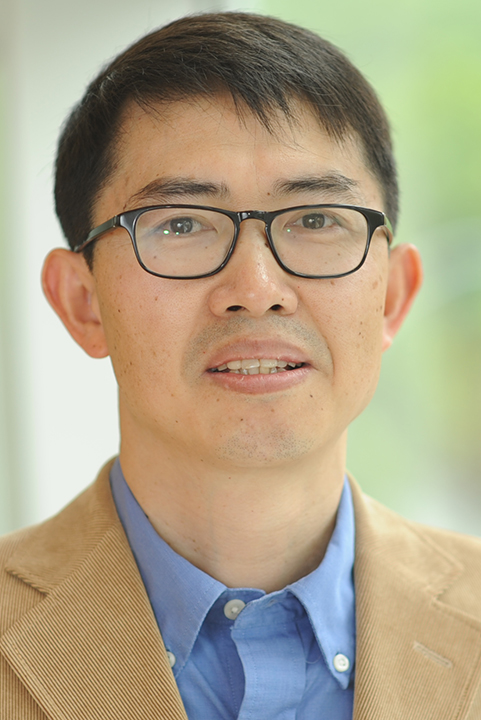