Butler Library opened in 1934 as South Hall, replacing the grand but obsolete Low Memorial Library. It cost four million (depresion-era) dollars, donated by Standard Oil executive Edward S. Harkness (L.L.D. 1928), and was designed by James Gamble Rogers, who also was responsible for the Sterling Memorial Library at Yale. There is another Yale connection, as the entry way mural, Athena defeating the two devils of malevolent influence and disorder, was created by Eugene Savage of the Yale School of Fine Arts.

In 1946, South Hall was renamed Butler Library, in honor of Nicholas Murray Butler, the president of Columbia from 1902 to 1945. In fact, he had already put his stamp on the library, as he had selected the names carved along the porticos and on the panels, and had selected the quotations gracing the main rooms.

When it opened, the collection included the central stacks as well as a number of specialized libraries, including the Business Library, the Brander Matthews Dramatic Library, and the Library School Library. Currently there are approximately two million books in the central stacks, and several other collections, including the Rare Book & Manuscript Library, the Periodicals and Microforms collection, and the Milstein Undergraduate Library. 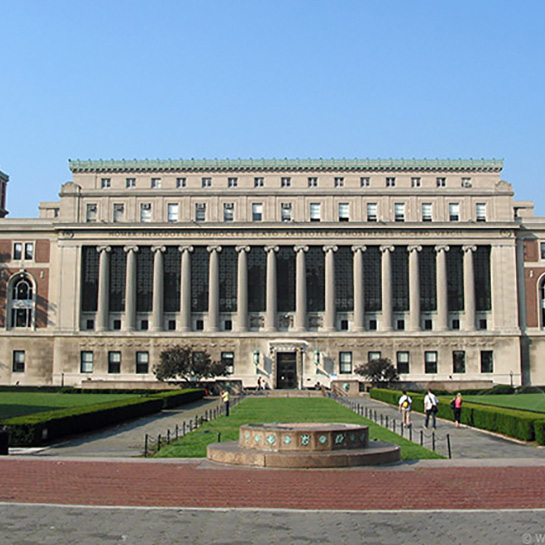