This document outlines the Libraries’ general policy on American history and American studies collecting, but it is not intended to be a rigid set of rules; suggestions from students and faculty are welcome. The Libraries’ collections support research and teaching on the history, historiography, interdisciplinary and multi-disciplinary study of the regions now designated as the United States and Canada, from prehistoric times through the present day.

Columbia University has been eminent for teaching and research in history ever since the mid-19th century, when history as a discipline began to take on a recognizably modern form in American universities. From that point onwards, American history has been a noted area of strength and interest for Columbia faculty and students. In 1896 (the year that Columbia’s Department of History was founded), the Libraries articulated goals that included building strong collections for American history. These collections were to include all important works, plus reprints and society publications.

The research and teaching of American history at Columbia University has broadened and shifted in various ways over the years, diversifying and expanding most transformatively beginning with the 1960s and 1970s. This transformative expansion of American history, at Columbia University and elsewhere, has involved an acknowledgment of the wide ranges of peoples and groups, at various levels of society, who have contributed to the shifting social, political, and cultural dynamics that have formed America’s past and present. With this in mind, historians (and the Libraries’ collections that support their research and teaching) have been paying increased attention to society as a whole and to the experiences of groups whose roles in American history had previously been insufficiently studied, including, for example, women, immigrants, African Americans, Asian Americans, Latinos, Native Americans, and LGBTQ people.

Columbia’s Rare Book & Manuscript Library (RBML) collects personal papers and institutional records related to many aspects of U.S. history, with an emphasis on the Atlantic world, the Colonial era and the Age of Revolutions, New York City, the U.S. Civil War, capitalism, business, and finance, charities and philanthropy, African Americans, social reform movements, intellectual history, and publishing and journalism. RBML prioritizes collections that support campus research and teaching, and those that relate to New York history.

The bulk of materials relating to American history or falling within interdisciplinary areas of American studies are acquired for Butler Library. Relevant materials in the social sciences and in the area of recent international relations are housed in Lehman Social Sciences Library; works in religious history and theology are located at the Burke Library at Union Theological Seminary; works on art history, architecture, and urban planning are at Avery Architectural & Fine Arts Library; works and music materials may be found at the Gabe M. Wiener Music & Arts Library. All of these libraries keep some portion of their collections at a shared off-site storage facility (ReCAP). The American History & Literature Reading Room (502 Butler Library) provides consistent access to a core body of non-circulating materials supporting advanced research in the history and literature of the United States.

Current publications in American history and American studies are collected in substantial breadth and depth. Materials about the area currently known as the United States are prioritized. While thoroughness is aimed for in acquiring the relevant output of most American and British university presses, titles published by trade presses are collected more selectively. Materials about the region currently known as Canada are collected more selectively in general, with an emphasis on known areas of research interest (for example, the early Canadian region and “New France,” Native American Studies, indigenous rights, settler colonialism, African American studies, and U.S./Canada relations.) Works of Canadian local history that have relevance to known areas of research interest are collected along with more general works of Canadian regional or national history.

Massive online corpora of primary sources in full-text digital facsimile format include Readex AllSearch, which provides access to materials in a wide range of formats printed in America over a span of time extending back to the late 16th century, and Sabin Americana, 1500--1926, which provides access to works about the Americas published throughout the world. American Periodicals provides access to a large number of varied periodicals beginning with their earliest issues: special interest and general magazines, literary and professional journals, children's and women's magazines, as well as labor, trade, scientific, and photographic periodicals. Its primary span of coverage extends from 1740 through the 1940s.

Strengthening our retrospective collections of works by underrepresented voices, we have acquired databases providing access to full-text digital facsimiles derived from relevant distinctive and special collections. Significant acquisitions in these areas have included:  American Indian Newspapers, which provides access to indigenous journalism from the United States and Canada, spanning a timeframe from 1828 to 2016; Arte Público Hispanic Historical Collection: Series 1 and Series 2, which draw their content from the largest national project ever to locate, preserve, and disseminate Latino-Hispanic culture of the United States in its written form, from Colonial times to 1960; African American Periodicals, 1825--1995, a collection based upon James P. Danky's African American Newspapers and Periodicals: A National Bibliography; and the Gerritsen Collection: Women's History Online, 1543--1945.

One noteworthy recent area of expansion in the Libraries’ digital collections has been in the area of databases that allow search, discovery, and access for extensive ranges of archival documents reproduced in digital facsimile. Colonial America, for example, allows researchers to explore a complete Colonial Office series from the National Archives, United Kingdom, containing original correspondence between the British government and the governments of the American colonies for the period 1606 to 1822. Innovative handwritten text recognition software has been incorporated to allow for word and phrase searching within these manuscript documents. More modern archival collections now accessible online include the NAACP Papers, covering the period of 1909 to 1972. The history of science and medicine in the United States may be explored through digitized archives from the New York Academy of Sciences.

A significant collection of American feature films and television series, as well as documentaries about America, is available on DVD and VHS in the Butler Media Collection. The Librarian for Butler Media, Film Studies, & Performing Arts is primarily responsible for collecting American media in these areas. The Libraries also provide access to a varied range of streaming-video and still-image databases relevant to research in American history and American studies. For example, Meet the Press (1947--2013); or Time Inc.'s newsreel series The March of Time (1936--1967). The HistoryMakers provides access to a substantial and growing video oral-history archive compiled to document and illuminate African American history. LGBT Studies in Video provides access to documentaries, interviews, archival footage, and select feature films exploring LGBTQ history and culture. Substantial collections of still images include: ARTstor, Associated Press Images,  and Serial Set Maps, which provides easy geographic, subject, and caption access to maps published in U.S. Congressional publications from 1817 through 1994. The Gabe M. Wiener Music & Arts Library maintains impressive collections of audio recordings of works by American composers as well as scholarship about them.

Prehistoric times through the present day.

The United States and Canada.

The Rare Book & Manuscript Library (RBML) collects personal papers and institutional records related to many aspects of U.S. history, with an emphasis on the Atlantic world, the Colonial era and the Age of Revolutions, New York City, the U.S. Civil War, capitalism, business, and finance, charities and philanthropy, African Americans, social reform movements, intellectual history, and publishing and journalism. RBML prioritizes collections that support campus research and teaching, and those that relate to New York history.

RBML holds particularly strong collections documenting the history of journalism in America, including the records and papers of newspapers and other periodicals, publishers, editors, reporters, documentary filmmakers and television executives.

In 2012, the Latino Arts and Activism collection was founded by Professor Frances Negrón-Muntaner, who also serves as curator. Its mission is to identify, acquire, preserve, and make accessible the papers and records of Latinos, other figures, and Latino organizations, primarily in and around New York City, that may be of enduring significance as research resources. Areas of principal interest include the arts, literature, culture, journalism, and politics. The collection seeks to be a rich source for scholars, students, and the public-at-large.

Please see the RBML’s “What We Collect” page for further details.

An additional body of distinctive materials, much of which is relevant to American history and American studies, is collected by the Columbia Center for Oral History (CCOH). This Center was founded by historian and journalist Allan Nevins in 1948 and is credited with launching the establishment of oral history archives internationally. At over ten thousand interviews, the Oral History Archives is one of the largest oral history collections in the United States. Please see RBML’s Oral History Archives page, for further details.

Most current publications (+/- three years) for American history, and for the historical, interdisciplinary, and/or literary aspects of American studies, are sent directly to the Butler stacks. After a specified period of non-circulation (currently five years), titles become identified as candidates for transfer to ReCAP. The Librarian reviews lists of ReCAP candidates, exercising the ability to override automatic transfer of any given title to ReCAP. Review is done with the aim of maintaining a reasonable onsite browsing collection. Older titles in the Butler stacks are also identified as candidates for transfer to ReCAP through the same criterion of circulation inactivity. These transfer lists are also reviewed by the Librarian. With older titles, keeping works of known ongoing importance in the Butler stacks is a priority.

Duplication of recent publications (+/- ten years) is generally limited to works identified by faculty as being central to a specific course. In these cases, no more than a few copies are obtained, one of which should be placed by the faculty member on reserve. Duplication between titles in the American History & Literature Reading Room and other Columbia University Libraries locations is allowable since the reading room is a non-circulating collection, which is maintained to provide consistent access to a core body of materials supporting advanced research in these areas. Works in demonstrated high demand that are unavailable in e-book format may also be considered for duplication in print.

Deduplication only takes place when a title has been identified for relocation to ReCAP and a copy already exists on shelf in the shared collection at that facility. Even in this instance, the Librarian will inspect the local copy for any unique features, unusual provenance, or more general artifactual significance, before assenting to de-duplication.

Titles are deaccessioned only in cases where the physical copy is disintegrating and no longer serviceable in print format.  In these instances, either a preservation photocopy is made, or a digital surrogate created or obtained. Books located in RBML are not deaccessioned.

A number of significant digital projects have originated from RBML. The Papers of John Jay is an image database and indexing tool comprising some 13,000 documents (more than 30,000 page images) scanned chiefly from photocopies of original documents. Community Service Society Photographs is an online presentation of almost 1,400 photographs (and a few illustrations) from the Community Service Society Records at RBML. They offer representations of urban poverty, unsafe tenement housing, inadequate hygiene in public areas, and other pressing social issues in late 19th- and early 20th-century New York. The images range from the 1880s through the 1950s. 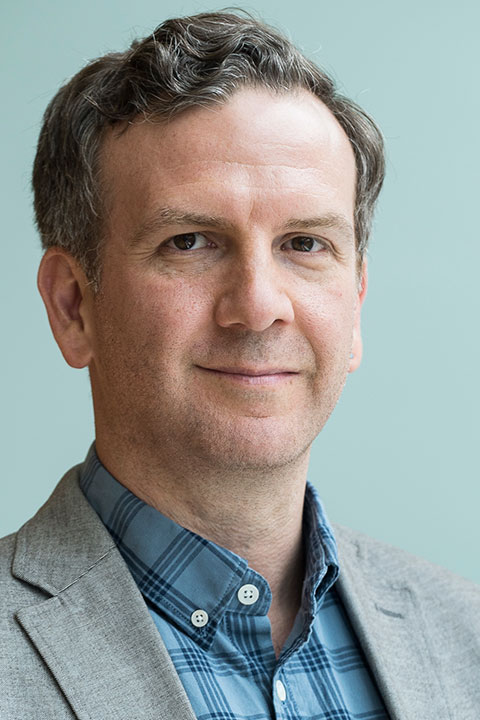